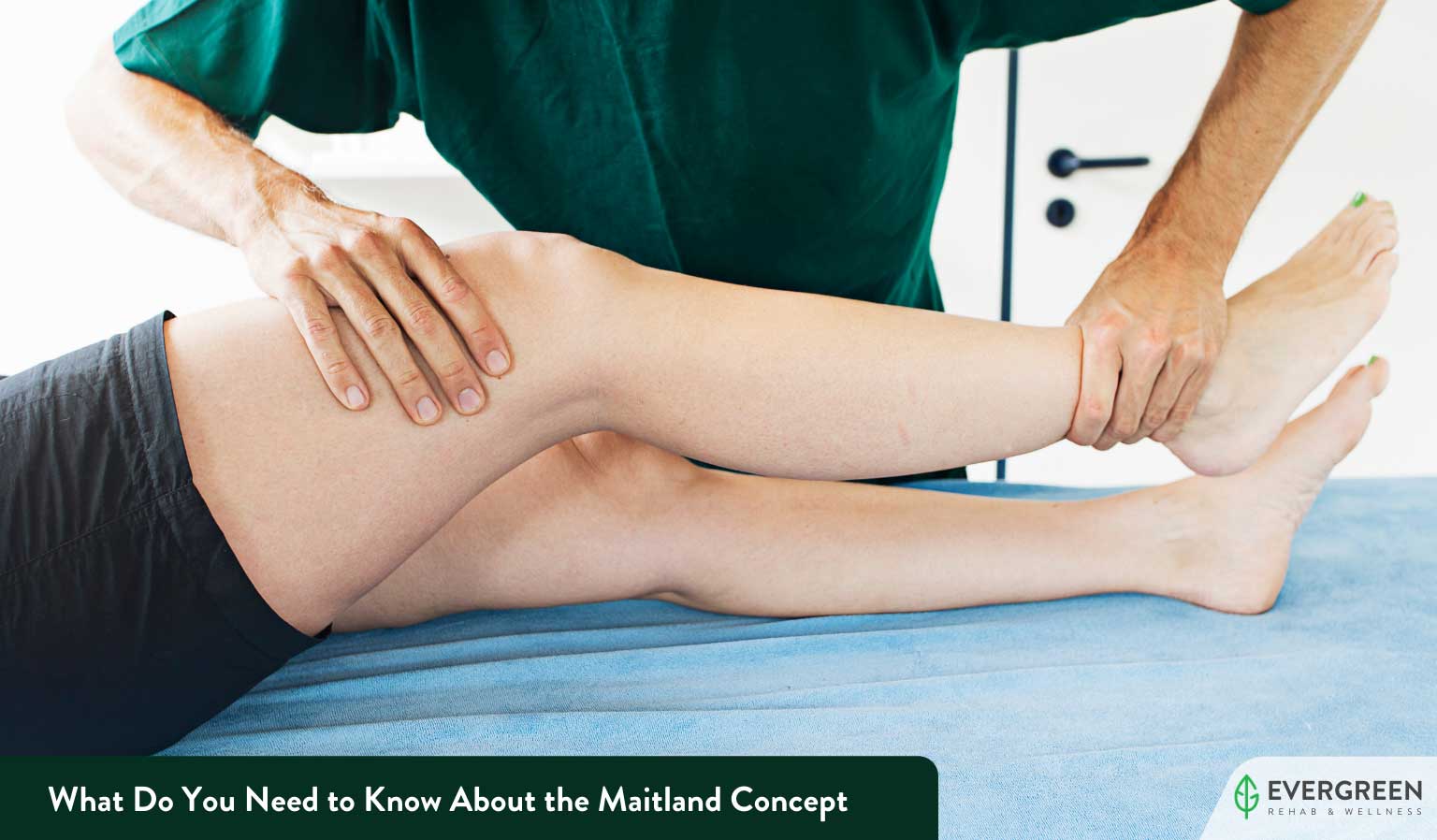 What Do You Need to Know About the Maitland Concept

Are you having a functional disorder in the joint, muscle, and nervous system? Are you in pain and looking for recovery options? Did you know that there is one effective manual therapy technique that can help with those types of pain?

What is the Maitland Concept?

relates to manual therapy in the initial and ongoing treatment of functional disorders in the joint, muscle, and nervous system. The use of Maitland Concept techniques is based on clinical reasoning and also takes the International Classification of Functioning, Disability, and Health (ICF) into account.

Also, known as the Maitland technique,  it uses passive and accessory mobilization of the extremities and the spine. Being used to treat mechanical pain and stiffness. Also, it uses neurodynamic techniques. muscle stretching, stabilizing exercises, and exercises that can be done at home.

The Maitland Concept was named after George Maitland which is an Australian Physiotherapists. He is also the founding member and the first President of IMTA.

This technique uses a permanent evaluation as a type of examination. It is simply knowing when, why, and how a technique is used to adapt to the current patient’s situation.

The 5 Grades of Mobilization in the Maitland Concept 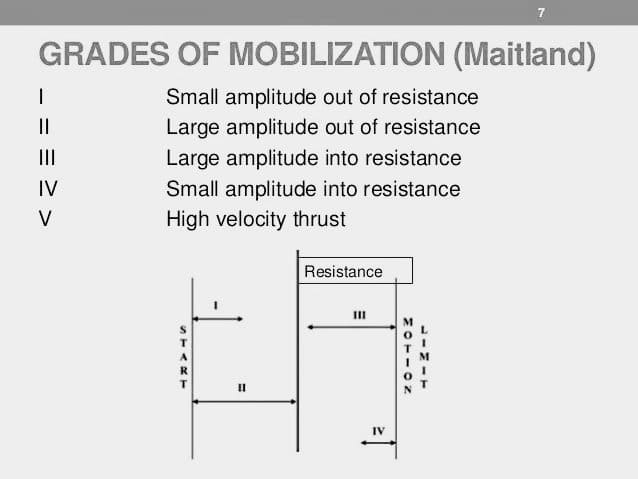 Let’s discover further about the Grade 5 or the Spinal Manipulation: High-Velocity Low-Amplitude (HVLA)

The high-velocity low-amplitude technique is among the oldest and frequently used in Chiropractic treatments. This form of spinal manipulation is often evaluated for its efficacy in treating low-back, mid-back, and neck pain.

Among the HVLA manipulation techniques are the following:

How does the Maitland Concept work?

The type of mobilization applied varies depending on the severity, irritability, and nature of spinal pain. Movement within the joints of the spine created by mobilization helps in reducing stiffness and able to make movement easier. As the movement increases, it enables to reduce pain.

What Research Studies Says About the Effectiveness of  Maitland Mobilization Technique

A study shows the comparison of the Maitland joint mobilization technique and home-based training on pain intensity, mouth opening, functional limitation,  Knesiophobia, sleep quality, and quality of life in patients diagnosed with temporomandibular joint dysfunction following bilateral cervicofacial burns. About 30 patients were subject to the study which is divided into two groups – one group with Maitland Mobilization Technique and the other group received home-based training for a period of 4 weeks. The results show that the Maitland Mobilization group shows significant changes in pain intensity. Also with the Maitland joint mobilization technique, after a period of 4 weeks shows high improvement in study variables. Gopal N, et al. (2020)

Who can Benefit from the Maitland Joint Mobilization?

Those who have experienced joint pain, stiffness, and back pain can benefit from the Maitland concept.

At Evergreen Rehab and Wellness, our Physiotherapist can help you in assessing your joint pain or if you experienced some stiffness and provide you with an ideal treatment plan.

Ready to book a Chiropractic appointment at Evergreen Rehab and Wellness Clinic? Call us at 604-449-5859 or 604-498-5859 or click the button below. We will help you to enjoy a painless and healthy lifestyle.