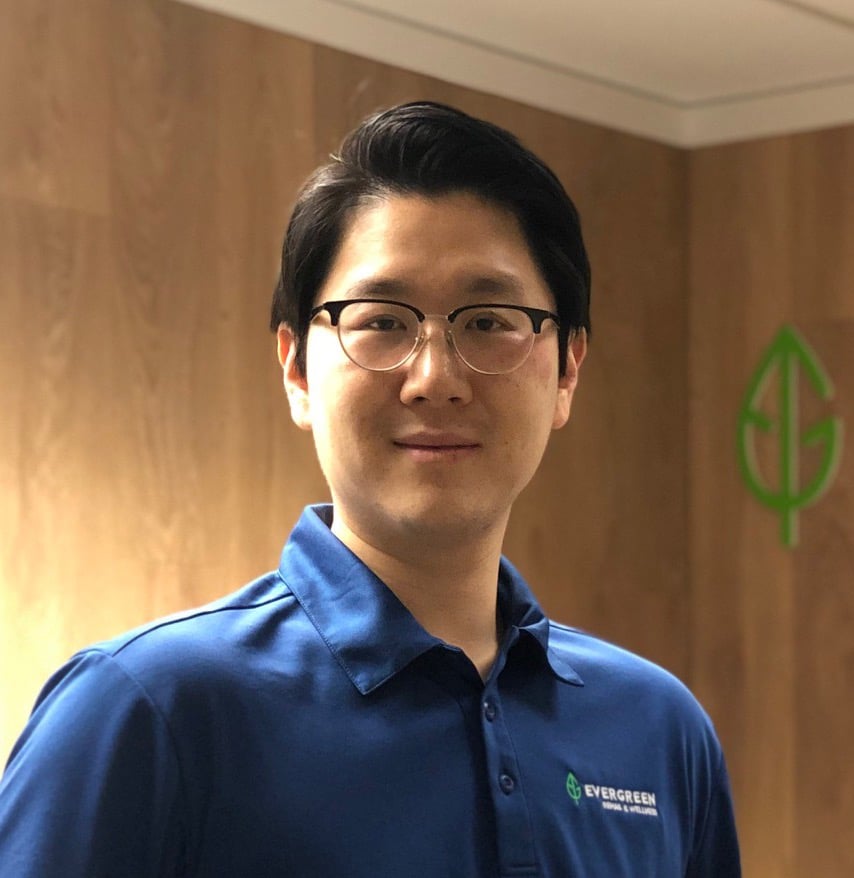 Dr. Chris Park is a Chiropractic Doctor and Clinic Director of Evergreen Clinics running in Coquitlam & Surrey, BC. Dr. Park completed his Chiropractic Doctor’s degree in 2014 and graduated from Southern California University of Health Sciences with Dean’s Honours List. Dr. Park was a recipient of Institutional Based Financial Assistance Award for Canadian Students during his entire 4 years of Doctor of Chiropractic Program. Prior to pursuing his career in chiropractic, Dr. Park completed his Bachelor’s Degree from University of Western Ontario with Honours Double Major in Biology and Medical Sciences.

During his years in chiropractic school and now as a chiropractic doctor in Coquitlam & Surrey for Evergreen Clinics, Dr. Park focused on pain management, motor-vehicle injuries and rehabilitation, and sports medicine. Dr. Park was actively involved as part of medical teams for various sport events and tournaments including, but not limited to, Taekwondo, rugby, football, and mixed martial arts. He also had his clinical rotation in Veterans Affair West Los Angeles Medical Center, actively working as a team with other medical professionals and helped hundreds of veterans who were in need for chiropractic treatments.

Dr. Park is licensed to practice chiropractic in both the United States and Canada after achieving top 10% status in both CCEB and NBCE. Dr. Park is a member in good standing of British Columbia Chiropractic Association. He is an adjunct professor and faculty at Trinity University, California, USA, teaching online courses on Human Biomechanics and Basic Sciences.

Dr. Park is known amongst his patients for integrating various therapies and modalities for treating patients suffering injury from motor vehicle accidents. He is trained in Kinesiotaping, Activator method, Cox Flexion-Distraction technique, Functional Movement Screening, and IASTM (FMT by Rockblade), and is in process of completing his certification in Whiplash by Spine Research Institute of San Diego.

When he is not in the clinic practicing Chiropractic, Dr. Park enjoys his time with family and friends. Besides being a successful chiropractic doctor in Coquitlam & Surrey, he loves watching basketball (and playing Yahoo Fantasy NBA with his fellow basketball fans), going out for a walk in sunshine, seeking new cafe that brew amazing iced americano, driving down south to meet his colleagues in the States, and discovering delicious food here in beautiful Vancouver, B.C