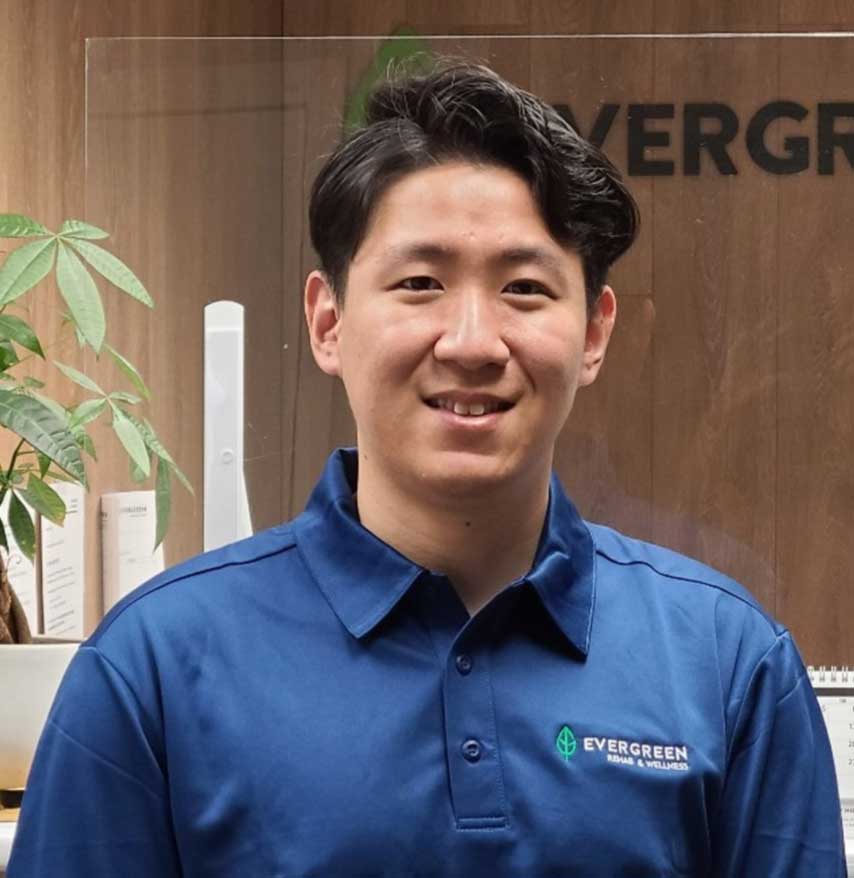 Dr. Eric (Taehee) Park is a board-certified Chiropractor. Dr. Park began his journey as a Chiropractor when he was doing his undergraduate degree in the University of Illinois. He was involved in a neck injury while playing soccer, and while other modalities helped relieve the pain temporarily, only the chiropractor was able to address the cause and help him recover. As a result, he decided to pursue a career in this field and completed his Doctor of Chiropractic degree from Palmer College of Chiropractic.

Because of Dr. Park’s experiences, he is not only interested in the treatment or relief of neuro-musculoskeletal diseases of his patients, but also in addressing the cause by focusing on the prevention and well-being of patients. During his schooling, he has devoted his training into Gonstead system of Chiropractic. In fact, prior to working at Evergreen Rehab & Wellness in Coquitlam & Surrey BC, he worked in Ontario to further expand his knowledge in this system. Gonstead Chiropractic involves a thorough analysis of the spine, to locate the exact location of the neuro-spinal lesion, and hands-on adjusting of that segment to allow the natural expression of the body. As a result, Dr. Park’s care style focuses on spinal and extremity joint adjusting, as well as wellness education that is geared specifically to the patient.

Dr. Park loves to serve patients. He has previously served on a Chiropractic mission trip to Guatemala, where he helped hundreds of people suffering in pain. He believes everyone needs a chiropractor and, ultimately, his goal is to help the field of chiropractic expand and accessible to everyone in the world.

Dr. Park was born in Atlanta and grew up in Vancouver. He is fluent in speaking both Korean and English. When Dr. Park is not working, he enjoys travelling, exercising, and spending time with his family.